What's Mine is Yours 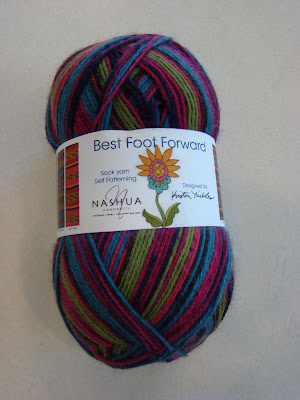 First off I have a quick story about my second son who is 15 years old. He has always been a firm believer of what's mine is yours. He also believes what's yours is mine. Mi casa es su casa y su casa es mi casa. Meaning, he will give you the shirt off his back with no thought at all but if your shirt is lying around he'll help himself to that as well. He just assumes that he can wear, eat, loan out, give, share, take, enjoy anything he sees just because he sees it. He is generous to the core which is great but he thinks everyone is the same way.
He will wear things that he finds around our house and he doesn't care at all if it is his or if it is on the feminine side of things. He couldn't find his flip flops so he started wearing my daughter's flip flops that looked, well, girly. Of course they broke, he has huge man feet. He also took over a pair of my daughter's Ugg boots, which his cousins then call MUggs (Uggs for men=MUggs)). He found a pink Adidas sack, like those back packs with the drawstring, and wore that for a couple of years. He found this pink bag on a path near our house and I kept thinking the owner was going to see him using her back pack.
He has come home from school with a couple of sweatshirts and winter hats, usually found on a sidewalk outside of the school. He takes and shares all of his brother's clothes. They don't really differentiate their wardrobe at all. It is funny and strange at the same time. Every clothing item is swapped between the two of them. Share, share. His brother did get a little mad when he took over a new North Face fleece that was a gift. A few arguments ensued over this one ending with me making him take off his brother's new fleece and finding another. This usually happened when they were running late for school in the morning.
He has found various towels at the pool lost and found and then all of a sudden I am washing other people's towels in my laundry, which is all I need. I try to return all of these towels to the pool when I notice they don't belong to us. Honestly, I have trouble keeping track. Sorry to any neighbors reading this, I am trying. He is so good-natured about this, it is not done with any bad intention. He is just fun and goofy. He still wears a little hoodie towel that my mom sewed him with his name appliqued on when he was maybe preschool age at best. He doesn't think for one minute that he may be too old to wear a baby towel around.
Added later: I forgot to add that the other things he always helps himself to are other family members' bikes. He will take any bike he can get his hands on in the garage and ride off. Then when that person goes to get on their bike it is gone. He has a bike that was a hand me down and he doesn't like it much so he prefers to ride everyone else's bikes. It is always a battle to make sure he doesn't take his brother's or sister's bikes in the morning for swim team. He took my bike this morning then called me to tell me it had a flat tire on the way home. Too much.
He loves having friends over in big and small groups. He opens up the kitchen like it's a restaurant, which I love. It is fun having all of those big kids eating their hearts out like it's their own home. They help themselves digging in the cupboards and fridge. It makes me feel good that he is such a giver but I get concerned that he assumes everyone is like that. They aren't. He may help himself to something someday and it may not go over well.
I hope he can continue to think that the world is his oyster and your oyster, too. That's a good way to live. 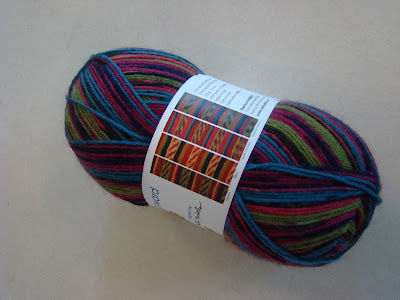 Now on to some other sharing. Kristin Nicholas was sharing her brand new sock yarn at TNNA a couple of weeks ago. I had no idea she was creating a new sock yarn line so what a fun surprise. It was all very hush-hush. The yarn is called, Best Foot Forward and you can read all about it here. The colors are fantastic and similar to her other yarn line, Julia. The label has Kristin's painting on it and her signature. I especially like how the label shows the different colorways knit up. That is always helpful. I can't wait to knit up this new sock yarn fresh off the presses. I'll share once I get going on a project. I really love this colorway with the purple, blue, black and green. Can't wait to dig in.
Kristin has also just announced a new opportunity for knitters to come to her farm to learn and knit right beside her while enjoying her home. Her home looks beyond dreamy in the photos. What a treat and if I lived any closer I'd be signing up right away. What a treat Kristin is offering in holding workshops and opening her home to interested knitters. She has a designated site about the classes here. Even if you can't attend the retreat you should hop over to see the photos of her farm and home. Spectacular.
Another new thing I want to share is a fabulous new website called Petite Purls. It is a new site featuring adorable free patterns for babies and kids. The first online issue just came out and the patterns are top-notch. They are taking submissions for the fall issue and here are the guidelines if you are interested in submitting. It's all cute and well-done so be sure to take the time to check out this new offering. 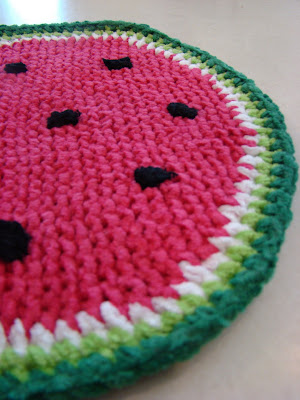 Thanks for the star washcloth love. This juicy treat of a washcloth is up next. I just have to find time to write up the pattern over the next few days. Watermelon is always a favorite of mine. The colors are simply fresh and perfect. Stay tuned.
A couple of last goings on, The Collector had a birthday bash last night with friends to celebrate her 10th birthday. I think we had about 15 kids in all. All day she and her sister filled water balloons for the party. They had buckets and buckets filled to the brim with water balloons. My kids have always loved water balloons. They like different shapes like the long skinny balloons or the squiggly balloons or the huge balloons that fill up your whole lap when filled with water. They pretend the big balloons are babies and carry them around in their arms until they burst and they are soaked. It's funny. We had pizza and watermelon and huge cupcakes with ice cream. Then came water balloon time and lastly we headed up to the pool for a night swim. It was fun. Ten years has gone fast.
I have been gathering up and collecting lots of knitterly stuff lately. Stuff I want to share with you. I need to clear out a bit. I think I'll be having a few giveaways in the near future with loads of cool stuff. Keep your eye out for this.
Sharing is always good on both ends.
Monday is here.
best, susie
p.s. Did you see the sneak peek for my next free pattern on the S & C blog?
Posted by Susan B. Anderson at Monday, June 29, 2009 10 comments: